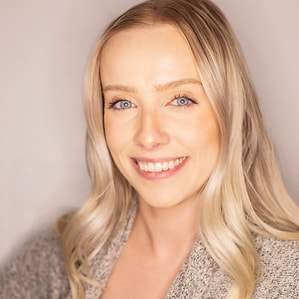 Kaylie began her dance career at a young age in many styles of dances, including ballet, jazz, tap, hip hop, contemporary, lyrical and pointe. As a young dancer Kaylie had the opportunity to dance with the Quinte Ballet School, as well as the National Ballet of Canada in both their professional training programs where she has had several parts in dance performances such as the Nutcracker (National Ballet of Canada) and Swan Lake (Quinte Ballet School). In addition, Kaylie attended the Royal Winnipeg Ballet School of Canada for their summer program for several summers and was successful in her acceptance to the Alberta Ballet Schools Summer Program as well as was successful in receiving a scholarship to the Joffrey Ballet Schools Post-Graduate Program. Due to her experience in Ballet Kaylie has had the opportunity to train in several different styles of Ballet including RAD, BATD, Cicchetti and Vaganova.

Throughout her career she has also competed with several different dance teams, her favoruite being Step with Style Dance Productions, where she had the opportunity to dance in their Maleficent Production and was a lead dancer in their award-winning routine, “Now You See Me”. While training at SWS she also had the opportunity to dance a lead role in The Next Generation Company Show "Inspire".

Kaylie will be graduating this June from Brock University with her degree in Child and Youth Studies (Honours) and cannot wait to begin her next degree as she starts Teachers College this fall. She is currently the President of Badgers Dance Pak, a varsity dance team under Brock Athletics, at Brock University for the 2018/19 season after dancing with the team for the past 3 years of her undergraduate career. During her time with Badgers Dance Pak, the team received 1st Place School at Rhythm Dance Challenge in Milton, ON during the 2017/18 season. She has had the honour of choreographing for her team this past season, as well as choreographing and teaching for local studios in the Niagara Region throughout her time there.

She looks forward to coming back home to SWS and becoming a member of an extremely talented teaching staff that helped her grow into the dancer she is today.