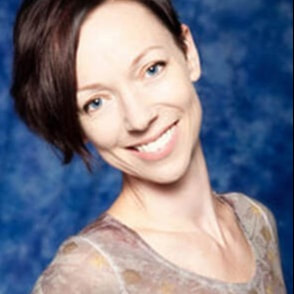 Amanda Dubreuil is the Artistic Director of Step with Style. Along with being the Director of Durham’s #1 dance studio, she is a sought after performer/instructor/choreographer & adjudicator in the Greater Toronto Area. She has been called upon to instruct for competitive and recreational studios, as well as professional and educational institutions. Her energy and passion led her to become the Artistic Director that she is today.

After purchasing a studio by the name of Heartbeat of Dance, Amanda built the program and foundation for Step with Style’s success. Along with her talented faculty, she led the studio from a base of only 17 competitive students, with no reputation, to a team of great stature in the competitive and professional dance world.

Amanda’s training included Vlad’s Dance Company, Derosiers Dance Theatre, and National Dance Canada. Her training began as a competitive dancer. This is where she won awards such as Highest Mark in a Solo Performance, Best Overall Soloist and the title “Ms. Dance ’99”, to name a few.

Following her graduation from these programs Amanda performed with many different dance companies. Touring Ontario with the Ontario Ballet Theatre for “The Nutcracker”, touring Canada with The Next Step Canadian Tap Company for “The Rhythm Of Life”, and touring the US as Dance Captain with Jean Ann Ryan Productions.

Amanda also toured Europe with Molyneux Entertainment and Gary Musick Productions performing in production shows such as, “Spotlight Broadway”, ”Celebrate The World”, “Fantasy”, “Rhythm Of The Night”, “Ces Magnifique”, “Classique”, and “Let’s Rock”. As well, she and her dance partner Alexander Chifman were thrilled to be the adagio couple for all of these productions shows. Her ballet repertoire includes; The Sugar Plum Fairy, Snow Queen, Spanish Variation, and Doll Soloist, (The Nutcracker).

Amanda is no stranger to the camera. Her music videos include, “Here Comes The Sunshine” by Love Inc. (this video won Best Dance Video of 2000 at the Much Music Awards), and “Dear Life” by Chantal Kreviazuk. She has performed in movies by Disney “Angels In The Infield”, ABC “A Mothers Day Special”, “Mr. Rock and Roll, The Allan Freed Story”, and Lionheart Productions “Jodi” & “Taal”, as well as commercials for CBC and the Heritage Channel. One of Amanda’s favourite moments in her career was tapping with Gregory Hines in a show directed by George Randolph, as a tribute to Gregory.

Over the years, under Amanda’s direction her students have won countless awards, scholarships, and titles at national competitions. She has had students accepted into the top agencies in Toronto, to some of the best performing arts programs in North America (Alvin Ailey and the National Ballet of Canada), hired professionally for the Tony Award winning show “Billy Elliott”, and contracted for Disney Cruise Lines and Royal Caribbean Cruise Lines as production cast members! Her dancers who have completed the triple threat training under her direction have also moved on to open their own dance studios, retain recording contracts, performed in internationally televised commercials, Shawn Desman videos, and more!

As a choreographer, Amanda often receives judges’ comments on her innovative choreography and style. In the past, her routines have won Specialty Awards, a Rhythm Cup, and in 2004 Amanda was honored to receive the Young Choreographer Award for both Junior and Senior divisions at The American Dance Awards. In seasons past, her routines have been named as “Best Presentation”, “Most Entertaining”, “The Total Package” and more! As an adjudicator, she inspires and motivates the students to reach new heights, and grow with their art by listening to and accepting corrections.

Apart from choreographing hundreds of winning competitive routines she also has choreographed two full-length professional productions shows, “Swing, Swing, Swing!”, and “Hometown USA” for Regal Cruises. Amanda enjoyed her time as the lead choreographer in Vlad’s Dance Company’s 2004 production of “Singing In The Rain”. and she wowed audience members in 2008 with an hour long Dance/Acting production, “Pirates of The Caribbean; The Curse of The Black Pearl!”. Amanda absolutely loves directing and producing! She was the creative mastermind behind the SWS’s year end productions “Maleficent” 2014, "The Angels" 2015, "Suicide Squad" 2017, "The Greatest Showman" 2018 & most recently "Madonna" 2019!

Amanda’s extensive experience in all areas of dance, have allowed her to have a wonderful and exciting career. It is this wide variety of knowledge she shares with all of her students, past, present and future that make her an excellent director, and in turn, Step with Style and its students successful. She p​laces value on continued education to keep her classes updated and at the forefront of the industry.