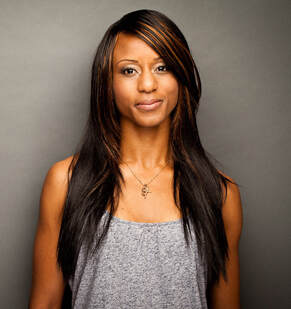 Upon graduating high school Almitra went west to London, Ontario to obtain her BA in Sociology and Criminology at the University of Western Ontario. While there, she taught at local dance studios where her choreography won numerous overall titles as well as earning personal accolades from the judges- earning her routines specialty awards in addition.  Almitra has worked hard but also remains humble to the industry when given incredible opportunities such as choreographing for the World Hip Hop Championships in Los Angeles.

Always active with her instruction positions and education, Almitra still always found time to perform. Some of her credits include performances at The Molson Indy, Fashion Cares, Paramount Canada's Wonderland, the Toronto International Film Festival, 2012 MMVA’s pre-show party, the Chic-a-Boom Room’s “Age of Electronica”, “High Heels Revolution”, “Santa Baby” and “Wonderland”. Her film and television credits include Breakfast Television, Confessions of a Teenage Drama Queen and the football series Play Makers to name a few.

Almitra is always growing as a dancer, instructor and choreographer, by continuing to train, research and stay up to date with the latest of curriculum. As an instructor she has developed dancers who have moved on to earn awards such as; Highest Mark of the Competition, Highest Mark Per Genre. She has been a huge part of why Step with Style has earned Best dance Studio at competitions as well as within the industry/Region.
​
Through the years Almitra has achieved her BATD certificates in stage, acrobatics, ballet and modern, making her not only a fully qualified instructor as well as a versatile performer and choreographer. Step with Style is thrilled to have with us such an inspiration and encouraging instructor with her knowledge! Almitra is a gem that SWS is very proud to have with us. She shows students the way to be the absolute best they can be all while having a great time doing it.