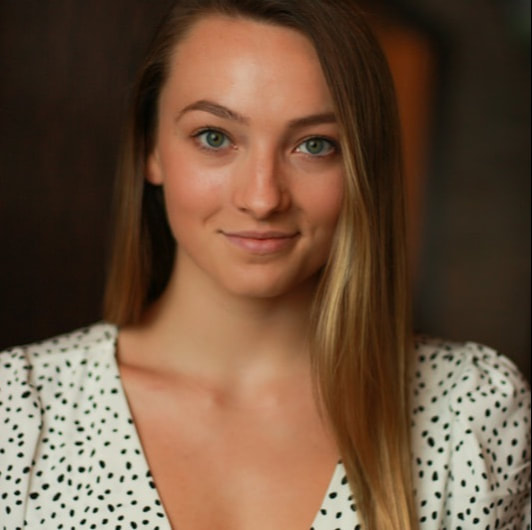 Kayla Coatham started her training at the age of 4 recreationally with just Tap, Ballet, and Jazz classes. She then joined Step with Style Dance Productions at the age of six for it’s opening season in 2007. Kayla from there competed for eleven years in all different genres of dance such as Contemporary, HipHop, Lyrical, Acro, Jazz, Tap, Vocal, Musical Theatre, Ballet and Pointe. In the year of 2017 she graduated from the studio and begun her professional career.

Over the years she has been apart of many shows, some include; Pirates of the Caribbean, The Nutcracker and Suicide Squad where she played the roll of Harley Quinn. At the age of sixteen Kayla accepted a scholarship with Five Star Dance Company, in which she took part in their original show called “A Journey Through Broadway”. This show was filled with songs from some of the biggest musicals of all time, including Chicago, Westside Story and A Chorus Line. After a rehearsal process she traveled along with the company and performed this show in Cancun Mexico for a week.

She also started her career in teaching and instructing at the age of twelve where she spent three years shadowing non other than Amanda Dubreuil the owner and creator of Step With Style Dance Productions. She then at the age of fifteen started to teach all different age groups as well as different styles of dance at Step with Style. Kayla began choreographing competitive routines at the age of seventeen and has continued to choreograph countless routines and combinations throughout the years.

Kayla Coatham has spent the last two years working for Celebrity Cruises Entertainment where she has performed all across the world dancing in a large variety of shows. She was hired at the age of eighteen and shortly after graduating moved to Miami Florida to begin rehearsals for her first cruise ship the “Celebrity Eclipse”. In her past two years with this company she has performed in a variety of shows all with different styles of dance. Shows such as, “Rock City” a high intensity commercial rock show, “Amade” a more contemporary show about Mozart, as well as “The Land of Make Belief” a theatrical show in which she played many roles including “Little Bo Peep”.
​
She is absolutely thrilled to be apart of the SWS family and faculty and is looking forward to inspiring young dancers in the years to come.