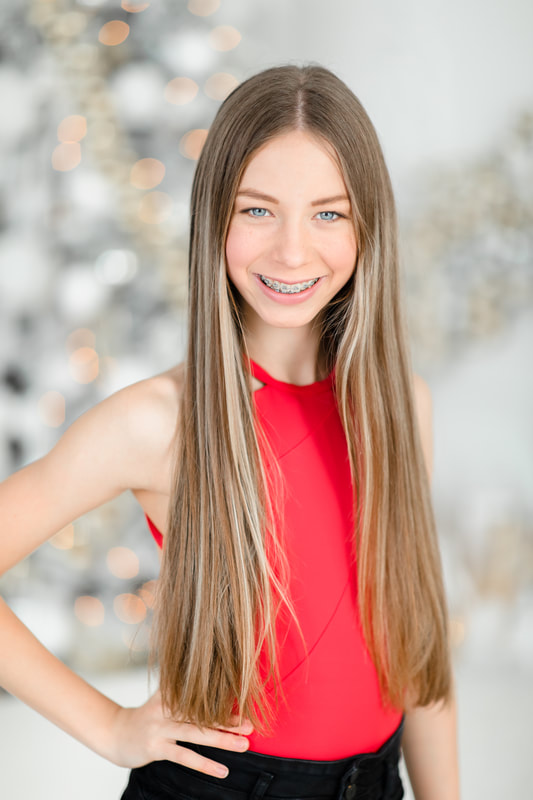 Mya Grace Litvak is a Proud SWS competitive team member and aspiring entertainer/model. She comes to us from Courtice Ontario where she works hard in every aspect of her life. French Immersion school by day and dance classes at night. Mya trains 5 days a week as well as instructs her own students! Additionally, Mya finds time for vocal & acting classes while maintaining good grades and running community fundraising events!

Mya dreams of being involved in every avenue of the entertainment industry. She loves the lights, the camera and the action!
Although she is well versed at many styles of dance and very well-rounded, in terms of styles she of course has a favourite genre! Mya's favourite dance genre is Acro and any moves that involve her bendy back! In addition to her outstanding training at SWS Mya is thrilled to have been accepted and continues to train on the Senior team with the Control Acrobatic Company under the direction of Katelyn Ettinger.

Mya began dancing when she was only one and a half years old here at Step with Style Dance Productions! Mya was a founding participant of SWS's Competitive Cutie program. She and her cousin brought this program to life and a few years later the rest of the region followed suit! The Step with Style Competitive Cuties program is where it is today because of these two ladies.
Through the years Mya has become an exceptional multifaceted dancer and subsequently an award-winning competitive dance athlete. An overall Titleist at many competitions her hard work has brought accolades of: Inspire Jacket Title Winner, Move Dance Champion for all Solo Duo/Trio & Group, Jump New York V.I.P. Winner and Jump Toronto V.I.P. Winner & 1st Overall Mini Soloist, The Dance Awards competitor, Face Of Fever Ambassador, Highest Mark of the Entire Competition per genres at multiple competitions, Top Improv Soloist for Breaking Bounds, Studio Highest Mark for SWS and MUCH more!

Although Mya has earned many awards the one award that she is most proud of is being named the SWS MVP. Last season Mya earned the MVP teammate award at the 2022 SWS competitive Gala. She is most proud of this achievement as the words and feelings from her teammates were more important and valuable to her than all the awards she has or could ever attain.
Miss Litvak is an Ambassador for several companies and entities: Bellenae, On The Floor Dance Boutique, Pineapple Clothing, as well as her home studio Step with Style as lead dancer for their ad campaigns, Face of Fever Dance Championship, ELITE COLLECTIVE ambassador with Ashley Ciona as well as Instagram Ambassador for Canadian Dancers Rock!
​
At only 12yrs Mya has already had many Performing roles including lead roles in bilingual school plays, full length dance productions; "Suicide Squad", "The Greatest Showman", "Madonna", " The Free Guy" to name a few. She has also performed live/modelled for companies such as 3 Stars Connect, VCR Shows- Justice via Walmart, the Mini Pop Kids "Bright Lights Tour" 2022, and Fluid Events Toronto   for the CAS Annual fundraiser the "Teddy Bear Affair".
Mya’s love to better her community inspired her to begin her very own foundation in 2021: The MGL Foundation. Each year this foundation sells hers and others donated Halloween candy and all the proceeds to holiday food banks. In the past few years Mya has raised over $2500.00 for her community!

Currently Mya is working as a private coach, an assistant choreographer for our Mini Competitive routines, runs a dance team of her very own: “Courtice Cougars Dance Club” at Courtice Intermediate Secondary School as well as School Student Council member, involved in the school Choir and is working hard to train and prepare routines for competition at SWS!

If you are looking for a role model for your children this girl is it! Mya strives to be an inspirational role model for people everywhere and a positive leader in her community always.

“I am thrilled to be a part of the growth of SWS and will continue to work at being the best role model I can! Thank you for your support, everyone!” love Mya Grace